Lidcombe Turnback does not increase Bankstown to City train frequency 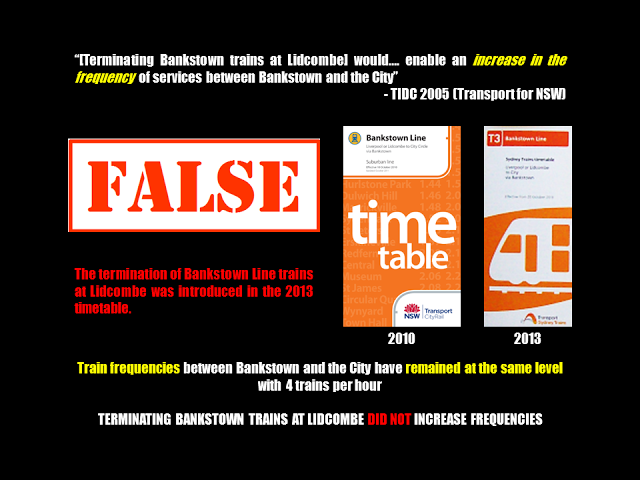 Transport for NSW claimed in 2005 that terminating Bankstown trains at Lidcombe would "enable an increase in the frequency of services between Bankstown and the City".

The termination of Bankstown Line trains at Lidcombe was introduced in the 2013 timetable. However train frequencies between Bankstown and the City have remained at the same level with 4 trains per hour.

Terminating Bankstown trains at Lidcombe did not increase frequencies hence defeating the one of the main purposes of the 2013 timetable change.

Notes: Transport for NSW was known as the Transport Infrastructure Development Corporation (TIDC) prior to 2011.