A key election commitment from the Liberal party was to ‘fix the trains’ but rather than just breaking its promise, the now-government has done exactly the opposite for public transport in the area by worsening the situation.

The cuts to the Inner West Line and massive reductions of train service demonstrate deliberate neglect and discrimination against the communities of West and South West Sydney. Commuters travelling both locally and into the city from stations between Homebush and Liverpool via Regents Park are now often forced to make multiple interchanges at Birrong, Lidcombe as well as Strathfield.

Such destruction of public transport services have been labelled as “the worst downgrade in a generation” and the area is now known as “Sydney’s transport black hole”. Train services that only run every 30 minutes makes matters even worse as residents and commuters call on the state government to restore regular train services between Liverpool/Bankstown to City via Regents Park.

The Restore Inner West Line petition and campaign founded one year ago by local resident Roydon Ng has attracted thousands of supporters from the affected areas and from the wider Sydney region. This campaign has been further in collaboration with other local residents with community meetings and rallies taking place in protest at the abhorrent lack of adequate public transport in the area. The campaign has also received support from Barbara Perry (Auburn MP), Tania Mihailuk (Bankstown MP) and Penny Sharpe (Shadow Transport Minister).

Restore Inner West Line is a non-partisan community action group & petition campaigning for the restoration of the Inner West Line to Liverpool with the reintroduction of regular Liverpool/Bankstown to City via Regents Park train services. 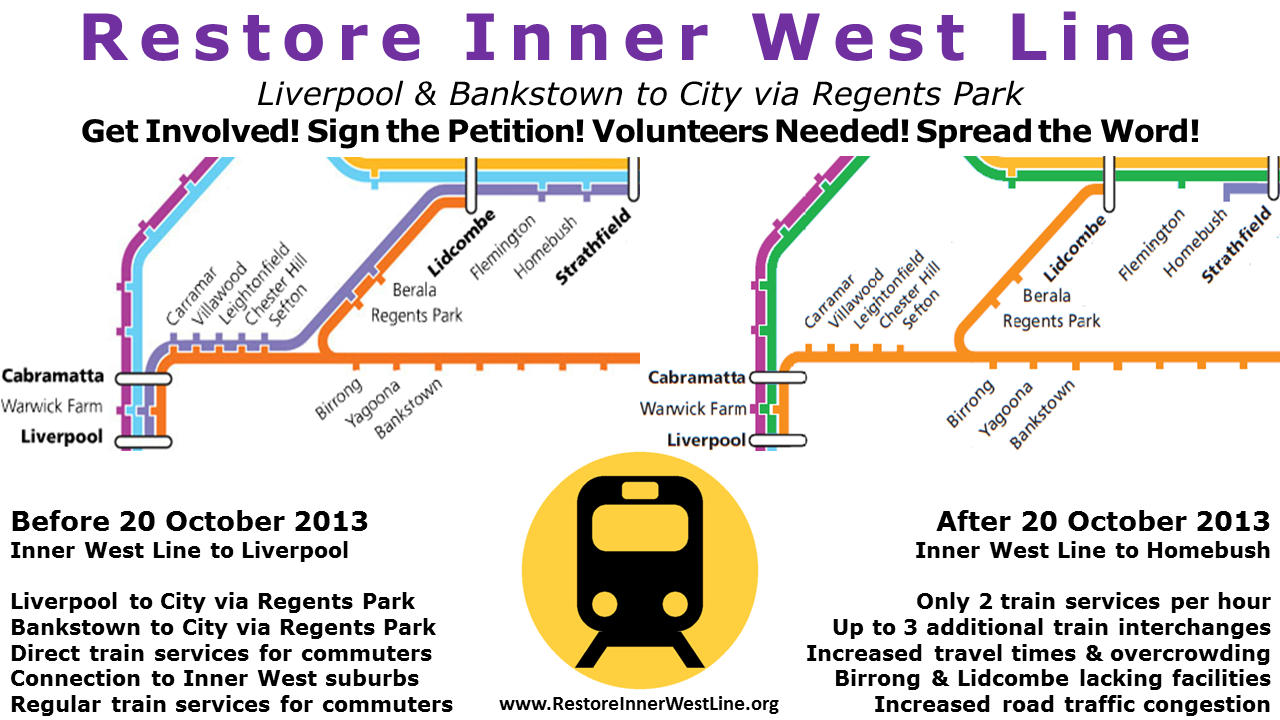